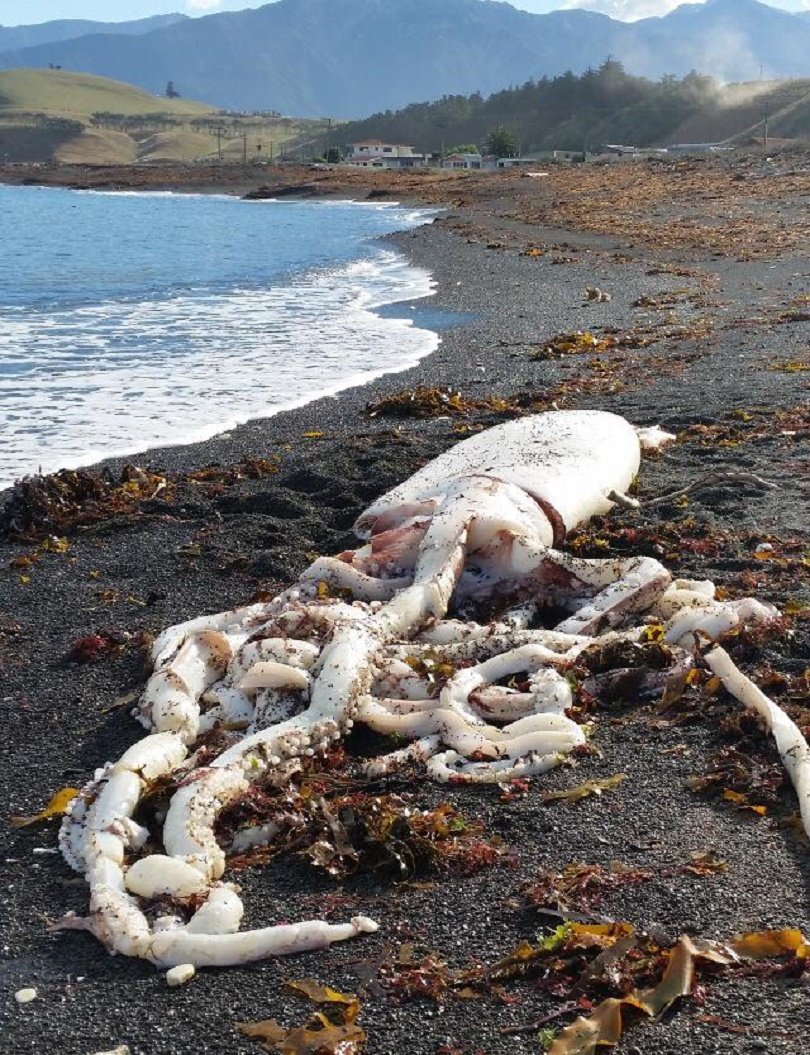 A giant squid, longer than the length of a fully grown man, has washed up on the shores of South Bay in New Zealand. Kaikoura Marine Centre and Aquarium posted images of the mammoth animal to show just how big it was. The mantle of the squid was over two metres long with the longest tentacle reaching over five metres, making it around seven metres long from top to tentacle. The architeuthis is now frozen on display at the aquarium, with some samples going to both Auckland and Otago universities for further research. The area in which it was found, on the east coast of the South Island, is about 2.5 hours from Christchurch. Kaikoura Marine Centre and Aquarium/Facebook   Fisherman in Japan have recently been hauling giant squid in their nets. In January, one group of fisherman caught one that was 5.8 metres long — and still alive! It was the fourth giant squid fisherman in central Japan’s Toyama Prefecture have caught in their nets already this year.