How To Fish With Worms - Tips For Catching More Fish 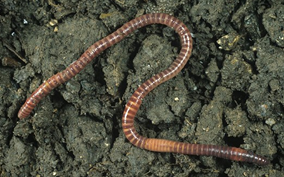 One of the most popular and effective baits that there is to catch almost any species of freshwater fish is the worm, and as a person who has been using various manifestations of fishing worms as bait for more than a quarter of a century, I can tell you first hand just how effective worms are as bait. The funny thing about worms and fishing is that many anglers don't know how to fish with worms in the most effective and efficient way possible and it ends up costing them bites from hungry fish.

Below I will outline a few simple tips that will teach you how to fish with worms in a much more efficient and effective way, so that you start receiving those otherwise lost bites from hungry fish. Now the first thing that has to be said is that fishing with worms isn't rocket science, it's quite easy as a matter of fact. The issue is that a little thought about the subject goes a long way towards experiencing more success out on the water, and most people just copy what they have seen.

The first thing that has to be considered is the type of worm that you are using, because many times various worms are implemented in very different ways. Some of the most popular fishing worm choices (and the ones you will likely be using) are live earth worms, red worms, or night crawlers, Berkley Power worms, and Berkley Alive night crawlers or smaller trout worms. While all of these worm choices are effective when used as bait, the manners in which they are utilized can be quite different.

For example, live worms should always be stored in as dark and damp an environment as possible, whereas the Berkley products can simply be stored in the container that they are sold in. The main key to live fishing worms being effective is the degree to which they are lively, whereas with their man-made cousins being "lively" obviously isn't a concern. For carrying both live fishing worms and their man-made cousins a bait bag is a device that can certainly come in handy on the water.

Next you have the biggest mistake that most people make when they try to fish with worms, and that is how that worms is presented to the fish that they are attempting to catch. Many people think "threading" the worm onto a hook or simply hooking the worm over and over again is good enough, but the truth is that to be as effective as they should be a worm should be presented to the fish in an outstretched and natural manner. The easiest way to accomplish this task is by employing a set of gang hooks. This way the worm is hooked twice using small hooks and appears completely natural to the fish in the water, which will make your worm that much more effective.

The bottom line is that if you want to know how to fish with worms, start by implementing the aforementioned tips. If you do so you will begin catching more fish, I promise you.

Trevor Kugler is co-founder of JRWfishing a website focused on river and stream fishing with a focus on fishing for trout. He has more than 25 years experience fishing for all types of fish, and has spent much of that time fishing in small rivers and streams.

Co-founder of JRWfishing.com and an avid angler. He has more than 25 years experience fishing for all types of fish with an emphasis on trout and small mouth bass fishing in rivers and streams. He currently raises his seven year old daughter in the heart of trout fishing country...Montana!