The Benefits of a Fast Action Fly Rod 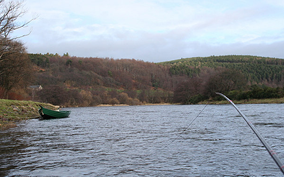 Like many things in fly fishing, a person's "action" preference is highly subjective, if not hotly debated. Some people swear by their fast action rod and others, especially beginners, favor a slower action rod. With something so highly personal, it can be helpful to identify casting style and preferences and match accordingly. But I will admit to being biased towards fast action fly rods, so much of my advice will lean in that direction.

Though there are much more in depth and complicated explanations, the simple version is that the "action" of a fly rod refers to the flexibility of the rod. The less flexible the fly rod, the faster the action is. The degree of flexibility or stiffness of a rod has a huge impact on how the rod will cast.

The rigidity of a fast action fly rod will increase the speed and distance of the line as it is being cast. As a result, it may take a little practice for newbies to get their timing right, but it is well worth the effort. Actually, once they get the hang of it, many fishermen find casting with a fast action rod easier and more accurate.

Also, because the line speed increases, windy days become less of a headache. You can actually get your line to go where you want it to be. The smaller loops that result from a fast action rod create less wind resistance allowing for line to punch through the wind.

An additional benefit of increased line speed and distance is that it is easier to cast some of the bigger flies that can often be difficult to present without a lot of work.

Another inherent quality of the stiffer rod is its strength in bringing in larger fish. The transfer of power in the lower portion of the rod makes fighting that big fish a little easier. This can be especially handy when you have a fish on the line with a lot of fight.

The increase in popularity of the faster action rods might be attributed to these factors. The ability to cast in varying weather conditions, along with the increased distance and speed, has boosted the demand of fast action rods. Some companies have even designed ultra fast action rods used mainly for tournaments. All things considered, the efficiency, accuracy, and convenience of fast action rods have put them at the top of the list in my book.

Come check out our switch fly rod combo sets for under $300!