Fishing Basics For The Beginner Angler 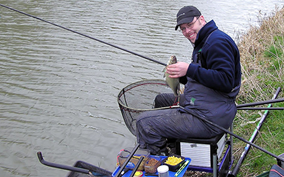 Fishing is a mature person's sport, it's believed, because it leaves no room for impatience. It can take hours to land a catch and anyone with a short fuse is not cut out for the sport. If you feel you've mellowed over the years and can sit still for long periods without getting twitchy, it's time to give fishing a try.

The sport of fishing has become so popular that there are chartered boats for hire and vacation packages for fishing-friendly destinations usually include it as one of the events. Several techniques are used to land a catch with a line and hook (angling) being one of the most popular.

What's the best time to fish?

Fish migrate to warmer waters unless they're a species that live in icy waters. Spring, summer and autumn are fishing seasons as there's no ice and the waters are warm enough, oxygen levels are higher, food is plentiful and the overall conditions are ripe for spawning. When fishing in spring, the periods between late morning to afternoon and early evening will see them bite more. In summer, go fishing from early morning to late afternoon and through early evening. As for autumn, the perfect time is afternoon to early evening as the water is heated.

What to do when you hook a fish?

Every organism will fight to survive and fish are no different. Once one is hooked, it'll struggle to get free. If it attempts to swim away from the line, don't reel it in; rather, relax and let the drag do its job. Reel in only when the fish starts to slow its struggling. Use short strokes to calm the fish and keep the line tight.

How do you land a fish?

Once a fish has been hooked and reeled in, it's time to land it. Most fish to eat but some only catch and release. If the latter is what you intend doing, you must know how not to hurt the fish.

If the hook has gone through the upper jaw, hold the fish by the lower jaw to temporarily paralyze it as you remove the hook. Gaffing kills the fish where a gaff (a long hook) impales it. The technique, though helpful, can tear chunks of meat out of it and leaves a mess. If angling large fish, use a net instead. That way, if you end up catching smaller fish, you can release them with no harm.

How do you clean a fish?

If you've seen a fishmonger gut fish, then you have some idea of what to do. The trick is to clean it well before storing because fish spoil quickly. You'll need a worktable, a very sharp fillet knife, a scaling tool and a bucket.

Small fish are eaten with the scales but larger fish should have them removed by working a scaling tool or a spoon from the tail up (the opposite direction of the scales).

Gut the fish above the tail to just below the head in a long sweep. Spread the body and remove the entrails. Some don't mind eating the innards but most prefer not to. Whatever the case, clean the body with a stream of water till blood and bits are washed off. You can leave the head or cut it off. Dispose of the guts by burying it or using it as cat feed.

Two basic types of rods dominate fishing - bait casting and spinning. It is it's very important to pick the right type with the characteristics that match the intended technique. Check out this website for additional details.